On the 21st April was Room 17 and Room 20 ANZAC assembly. We performed a touching song called The Last ANZAC and some of our class members recited a poem. At the assembly we had three special guests, Mr Phil Sullivan, Bob Cole from the Rockingham RSL and Mr Matt Whitfield from the City of Rockingham.

Mr Sullivan did a speech about the ANZAC’s in Gallipoli and Mr Cole spoke the Ode. The oldest and youngest student of the school laid the wreath, whilst Miss Gray, our Performing Arts teacher, sang a beautiful song called Amazing Grace.

After the assembly the students at Makybe Rise were lucky enough to see Mr Sullivan’s Light Horse display, including a giant Light horse statue. We saw lots of army gear and even a rifle. 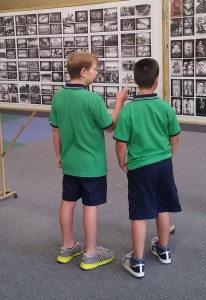 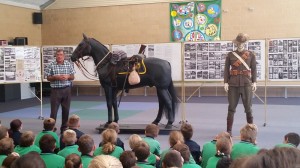